When it comes to your vehicle, the alternator is a pivotal piece of machinery. The alternator re-cycles the power your car battery uses while driving, restoring the power it has lost while supplying the engine management, climate, entertainment and host of other systems with the juice they need to run properly.
It takes a lot of battery power to get – and keep – your vehicle running. So much power that if not for the alternator, the battery’s power reserve would not last. Your vehicle’s electrical system depends on an optimally running alternator. When the alternator malfunctions or stops working altogether, it can mean expensive repairs, inconvenience or a break down. Your trusted experts at Stockport car repair have compiled a list of warning signs to look for in order to help avoid alternator failure. 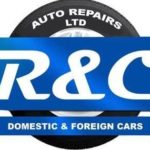 The alternator is part of the electrical system of your vehicle. Its key role is to provide power to operate the starter, ignition and all of the electronic accessories in your car. If the alternator starts to die, you might notice your headlights and/or dashboard lights beginning to dim. Once the dash light or headlights dim, it is a clear indication of potential alternator malfunction. A waning alternator may cause other electronic accessories such as power windows and/or power seats to operate a more slowly than usual.

Most modern cars have a dashboard warning light that alerts you when the alternator is on the fritz. Usually, the light will be shaped like a battery, though, some might say ALT (for alternator) or GEN (for generator). This light may only trigger if you are using multiple electrical components. It is generally contingent on how much life your vehicle’s alternator has left and how much electricity your vehicle is using.

An alternator works in conjunction with a system of belts. If a belt is not turning freely, the excess friction will cause the belt to heat up, which produces a burning rubber smell. If you catch a whiff of a smell similar to that of an electrical fire, this could indicate that the belt is slipping on the alternator pulley, causing poor alternator output. Tightening the belt often does the trick. If the situation arises where tightening your belt does not fix the strange smell and alternator output, we recommend having your alternator evaluated by a professional.

There are many different parts that spin inside your vehicle’s alternator to produce electrical current. If one of these parts becomes worn or breaks, this could cause a grinding or whining noise. Specifically, worn out bearings inside the alternator have been known to cause this type of noise. If the bushings that the alternator is mounted on have gone bad, a noise will be produced. Alternators are normally replaced as an assembly.

If you are experiencing problems with the electrical system, the alternator itself might be fine because the problem could be with one of the belts connected to the alternator. By doing a visual inspection of the engine compartment, you can determine if a belt is too loose or too tight. If a belt is cracked or worn, you should be able to spot that as well.